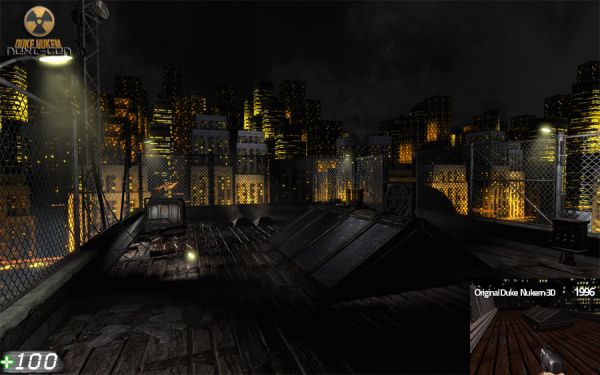 Despite the impending release of Duke Nukem Forever, a die hard fan of the series has gone on to start a stand alone mod that brings the original Duke Nukem 3D into the modern era.  Utilizing Unreal Engine 3 and the UDK they've created a few sections and levels of the original with updated textures and visuals.

The project is still in the very early stages, but the good news is, it appears the 3D Realms folks are on board with it.

To set the stage the mod's developer, a user by the name of fresch, has now said he's been given some help for the project.  Currently they are keeping the scale small - releasing Hollywood Holocaust as a multiplayer map.  Depending on how well that goes they do plan on tackling the single player and co-op - but they want to release a nice tangible product first.

Apparently some bigs news is coming soon - so keep an eye on this thread on the Gearbox forums for details.