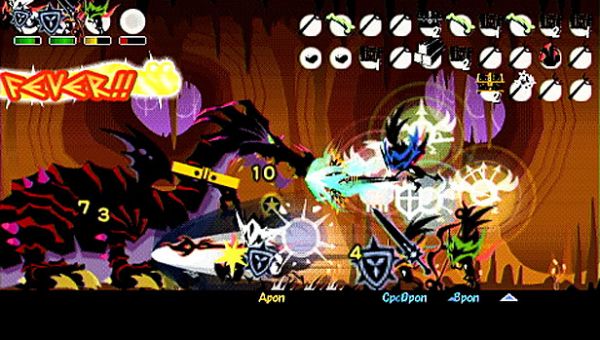 For those of you who enjoy the addictive, beautiful, rythm-based Patapon series: you'll be excited to know that the Patapon 3 co-op demo is available on the PlayStation Network.

In addition to new enemies, new characters (like the Superhero Patapon), and a fresh storyline: you'll now be able to connect to your co-op friends via the PSP's infrastructure (Wi-Fi) capacity, and the player count has been increased from four players - in Patapon 2's "Bring the Mysterious Egg" mode - to a whopping eight! The demo will only cost you a mere 110 MB of disk space.