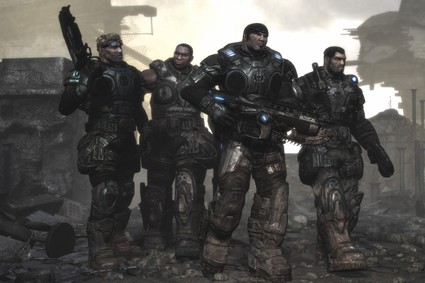 In a recent stroke of brilliant viral campaigning, Old Spice has taken the Old Spice Guy, played by actor Isaiah Mustafa, and made a lot of unique YouTube videos. These personalized videos have been directed at Twitter, YouTube, and Facebook accounts, responding to questions and comments in reaction to the previous Old Spice commercials. One such response is to Cliff Bleszinksi, lead designer of the Gears of War series.

"Do you do everything with your shirt off? Like, drive to the supermarket? Because I usually do.” - @therealcliffyb

Since Gears of War just happens to be the manliest manly game series of all time, The manly Old Spice Guy made a suggestion that Gears should be played shirtless as well. His reasoning? It’s just more satisfying to lay into opponents with your manly chainsaw if you’re sitting around with your manly chest exposed. I can’t say I disagree, though women can participate as well - it may not be as manly, but it’s probably more satisfying for their opposite (or same) sex co-op partner nearby.