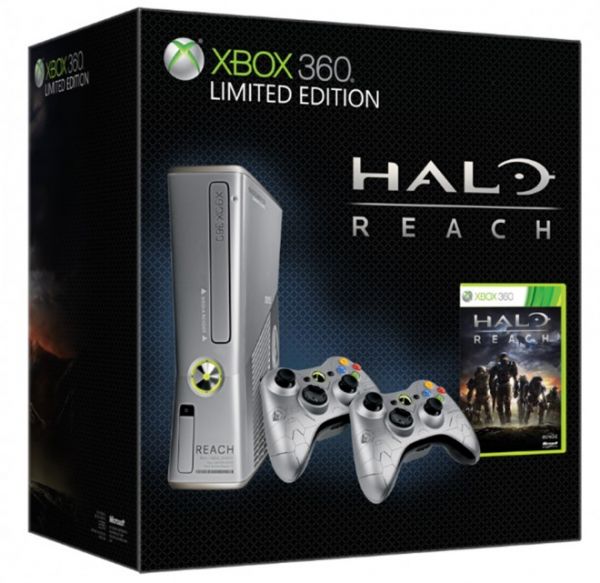 Microsoft is on a roll lately with releasing new consoles, now on its 3rd version of the Xbox 360 S with the Halo Reach bundle.  This time the console comes in silver and is all marked up dead sexy with Halo inscriptions.  Included in the box are two matching controllers and a copy of Halo Reach - perfect for your local co-op sessions.  You'll also be getting a 250GB hard drive, the built in 802.11N Wi-Fi and the whisper quiet design found on the other Xbox 360 S.

Microsoft will also be releasing a matching wireless headset to the bundle, and the controller and headset will also be available separately for $59.99 and $49.99 respectively and are shipping on August 17th.

There's a few other interesting facts regarding the limited console.  It actually exists in the game itself and can be seen in one of the game's labs.  The text on the console is also key to some Halo lore, with it using ONI as the backdrop for the design.  There's one final bit of awesomeness with the bundle - the sounds it will make are taken straight from the Halo world.  For instance, if you press the disc eject button you'll hear the sound of a Spartan's shields charging up.

Is that worth the $400 asking price?  Let us know what you think.