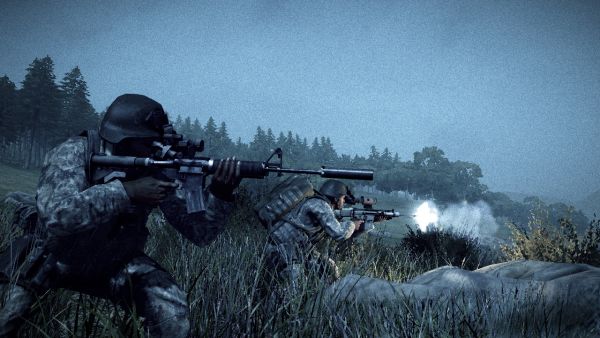 A sequel is in Codies' sights

When Operation Flashpoint: Dragon Rising was released on PC, 360 and PS3 it appealed to a select group of gamers who like a side of realism with their FPS main course.  Our review gave the game an impressive 4 out of 5 for its 4 player co-op campaign.  Despite the score, there were issues with several glitches and a sense of reality that could be a harsh mistress.  Codemasters had created a game that made you die, a lot.

Speaking of harsh realities, when Codies (one of Britain's most experienced game developers) recently got involved with an Indian Multimedia Company, rumors began that production would be shipped overseas.  However, in a recent interview, courtesy of develop, Codemasters have listed a number of games being made by them in the UK and let slip that a new Operation Flashpoint is in the works.  As someone who has recently come across Dragon Rising, I am looking forward to a sequel that can hopefully combine realistic gameplay with more accessibility.