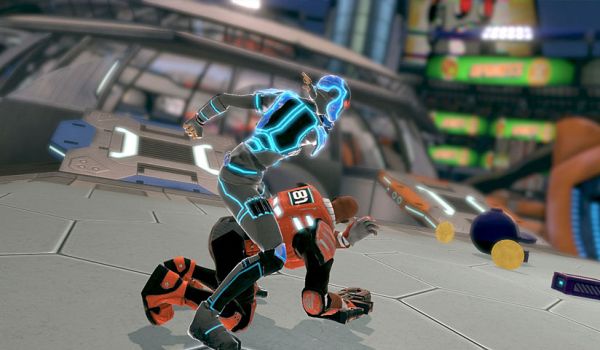 The anticipation leading up to Monday Night Combat’s August 11th release is getting to be too much. Another character has been revealed after the probably unstable Sniper's unmasking, and she’s likely to put the rest of them to sleep. She’s silent, deadly, quick, and a surgeon with her work - the Assassin joins the ranks of quirky characters in the Monday Night Combat lineup. Better get to her before she gets to you or it's gonna be messy.

The games developer, UberEntertainment sent along a few suggestions for dealing with the assassin along with their announcement. When it comes to Assassins, you never can be too careful.

1. Her blades are deadly, keep her distance. If she's shooting shurikens at you, keep your distance, watch wall bounces and hope for the best.

3. Be observant, watch for the warble and listen for the hum of her cloak. If all else fails, get a tank and light her up!

4. If she smoke bombs you, look to the skies. Better yet, take her down before she has a chance to smoke bomb you then laugh hysterically.

Still not quite convinced she's a force to be reckoned with on the battlefield? Check this out and try to be unimpressed, I dare you.