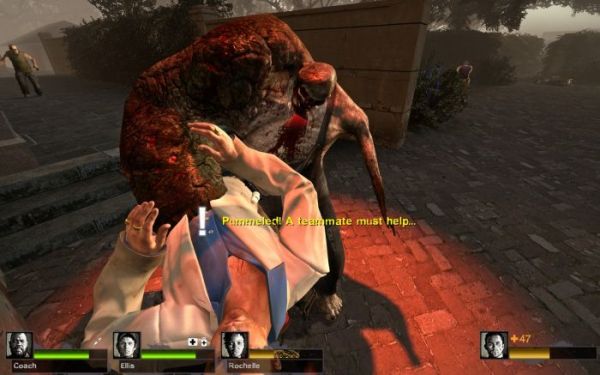 Like its predecessor, Left 4 Dead 2's versus mode is something of a anomaly. It exists in a central space that screams "co-op" while it gains the attention of even the most hardcore competitive gamers. Because of its uniqueness, it's not much of a stretch to expect to see many areas in need of improvement.

Luckily, the game is watched over by the right developer for the job - constantly reviewing and testing tweaks and fixes, Valve seems to be genuinely on top of things. Their Wednesday blog entry describes some changes coming to the playable Charger and Tank in versus modes; namely, they're trying to give players a better experience, and to thereby advertently cut down on "rage quits".

Here are the actual change notes:

We know that these tweaks will affect the PC version, but it's unclear whether the Xbox 360 version is currently getting the same treatment.

Also featured on the blog is a link to an incredible Tank figurine that is available for pre-order as of today. It's not really related to this news post...but it's darn cool, and I know Nick would approve.