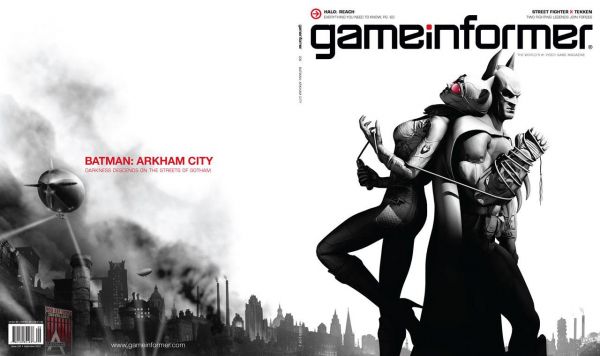 Conjecture and rumor are the bread and butter of gaming news, but they are often based on hidden truths.  Therefore, when Computer and Video Games get excited about Batman: Arkham City being a co-op game you should take note.  CVG base their thoughts on the cover designs of this month's Gameinformer Magazine, on which we see the Bat and the Cat together in less than perfect harmony.  With Two Face and Mr Freeze already appearing in the game, this could leave Catwoman as a dubious ally.  The relationship between the two characters has always been a strained one; enemies today, lovers the next.  There is a distinct possibility that Batman would fight alongside her.

Co-Optimus is not one to jump to conclusions (too soon) as there is no official word from Rocksteady Studios about whether Batman: Arkham City will have co-op or not.  There is plenty of time for changes to be made as the game is planned for an Autumn 2011 release.  More details about the game are starting to trickle out and rest assured if co-op is officially announced we will cover the game with the hardened enthusiasm of a group of comic book fans who wear their underpants over their trousers.