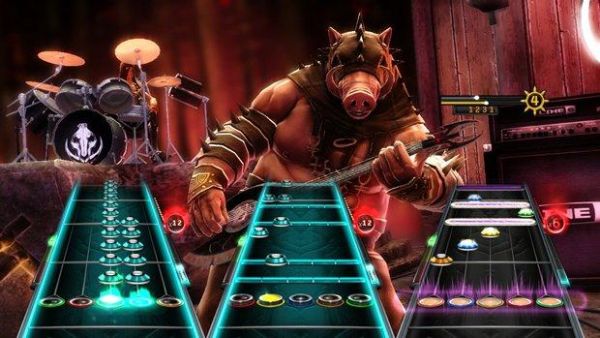 The Wild Hogs sequel took a change of direction

The bright lights of Rock Band and Guitar Hero may have dimmed since the peak a couple of years ago, but this has not stopped cash hungry Activision from releasing regular additions to the Guitar Hero brand.  However, there has been a recent seachange in Activision's attitude towards the franchise and Guitar Hero: Warriors of Rock will be the only console release in the series for this year.

Guitar Hero: Warriors of Rock aims to be a funnier approach to the rhythm action genre with some Gene Simmons narration and campaign based co-op play.  The release date is set for 28th September in the USA and the first million people to buy the game will get a free copy of Soundgarden's new album.  Europe will get the game a few days earlier on the 24th of September, but will not get the free album.  We'll just have to make do with our vinyl collection of Thin Lizzy instead.