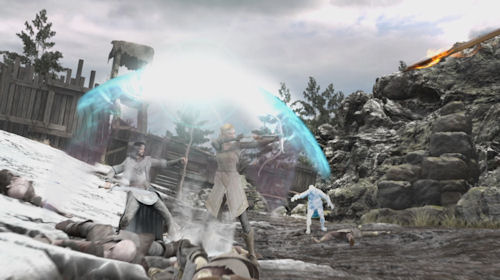 With Gamescom kicking off in Germany this week, we're preparing to get an onlsaught of new media from our favorite upcoming co-op games.  One game we haven't heard from in a while is the Snowblind developed title, The Lord of the Rings: War in the North.  The latest trailer for the game, while showing off some great co-op action, doesn't actually show off any in game action.   Still the concept is quite sound and the potential for co-op play looks great between the character classes.

Hopefully we'll get some more info on the title this week.

Update:  Apparently "new trailer" doesn't mean the same to some people.  This appears to be identical to the E3 trailer released earlier this year.  Sorry folks - if you missed it you can still check it above.