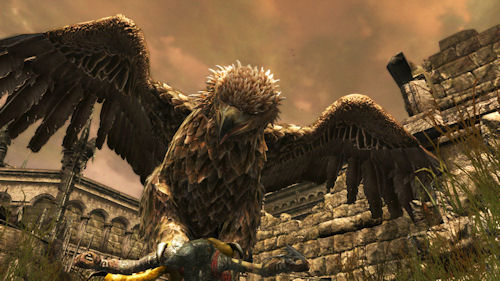 Warner Bros announced today that the three player co-op title, The Lord of the Rings: War in the North was getting a new party member to join the fellowship of the Dwarf, Elf and Human.  While not a player controlled character, Beleram the Great Eagle will join you on your quest and assist in many ways.  And by assist I mean generally being badass and tearing things apart.

It seems as though this limited ability allows you or anyone in your party to call in the great eagle when your fellowship is in its most dire state, taking out the likes of not only goblins and orcs, but forest trolls and other giant creatures.

The Lord of the Rings: War in the North is out on the Xbox 360, PlayStation 3 and PC later this summer with three player online co-op.