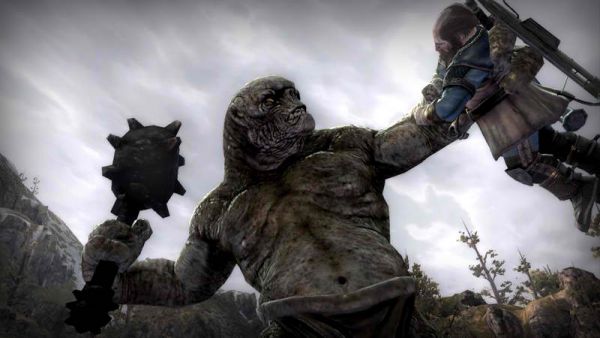 The latest trailer for the Lord of the Rings: War in the North focuses on the three heroes.  It's actually just a cool slo-mo battle with an overlay of Gandalf talking about how righteous and important the three unnamed warriors are.  Still, it looks good.  You can ooh and ahh at all the bloody violence, or tremble at the sight of the "cruel master of dark sorceries," Agandaur.  There's also a giant electrified castle in the background, which is always a plus.

The Lord of the Rings: War in the North should be out this year on the PC, Xbox 360, and PS3.  It will support 2 player local co-op and 3 player online co-op.