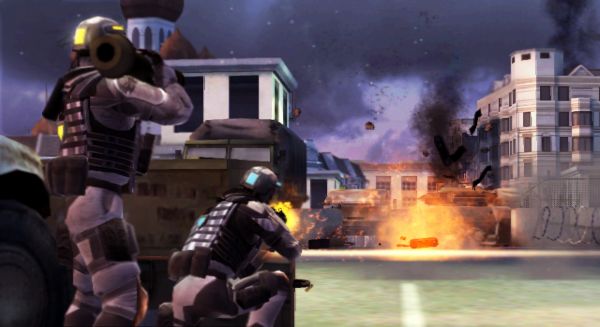 Tom Clancy's Ghost Recon has been off the grid for awhile, but we're finally getting some glimpses of the multi-platform bombardment that Ubisoft has in store for us. In addition to Ghost Recon: Future Soldier the Nintendo Wii and PlayStation Portable will be getting their own Tom Clancy action.

This week we got our first look at Ghost Recon for Wii in motion. This is a completely standalone title, although it's unsure if it will be replacing Future Soldier on the Wii, or simply releasing alongside. Either way, the trailer looks like a fun on-rails shared screen romp for two players.