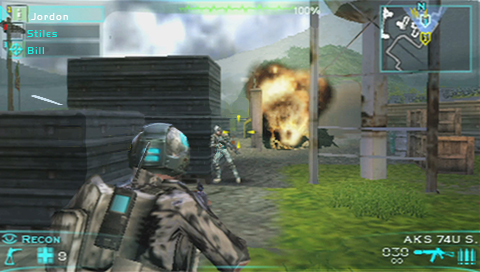 It appears that the Nintendo Wii is not getting the only breakaway Ghost Recon title this year: the PlayStation Portable will be the landing site for Ghost Recon Predator, a game completely different from Future Soldier but not necessarily its replacement.

According to developer Ubi Paris the story is set in Sri Lanka and features up to three players in ad-hoc (wireless LAN) co-op. The scant three screenshots we've seen so far on the PlayStation Blog don't give much information, except that it's apparent this will be another third-person outing. We'll bring you more info as it becomes available.