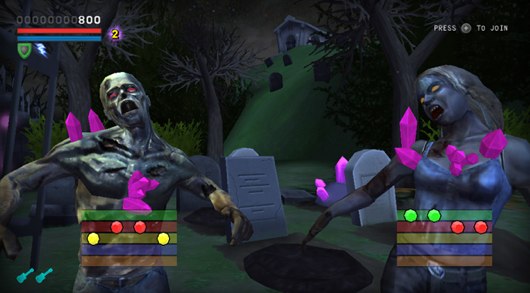 At E3 we were shown a cool preview of a game that literally rocks the dead. Rock of the Dead is a co-op title that pits rockers with plastic guitars against the dead - you literally rock the dead. The idea is to "survive" the zombies by playing various notes in the correct order - think House of the Dead only with less guns and more guitar.

Now we've heard from the developers, and while they're still working on the Wii version of the game - it looks like the PS3 and Xbox 360 versions will take priority. To Wii rockers this may be bad news, but look at it this way: at least you'll get your own Wii game eventually, instead of a crappy version of a PS3/Xbox 360 game right now.