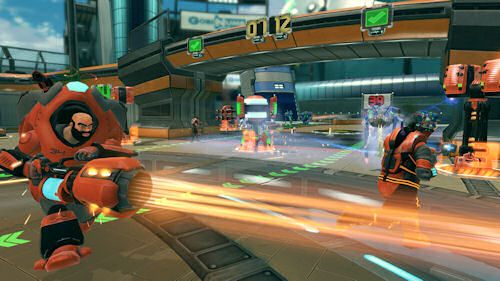 We were quite impressed with Monday Night Combat, which launched earlier this summer.  It did many things right: deep class based gameplay, a good dose of humor, mixing tower defense with a shooter, and, of course, perennial Co-Optimus forum favorite, split-screen online co-op.  I know I've had a great time playing the game, as have many others.  However, there were a few nagging issues that needed to be addressed, most notably the fact that there's just one co-op map.

It looks like Uber Entertainment understands the little things that MNC needs, and many of them are soon to be fixed.  A title update is being tested, and will be released as soon as possible.  A staggering number of tweaks, including online performance issues and class balance details, will be implemented.  More good news comes with the announcement that the first DLC pack, as of yet undated, will be free, to encourage community support.  Two more DLC packs are planned as well.  The patched version of MNC will be playable at PAX, so if you are going, check it out and let us know what you think!