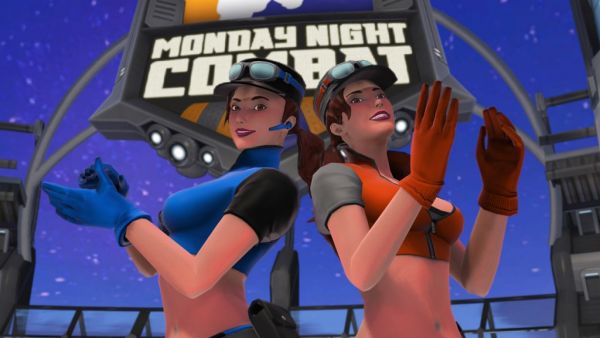 Uber Entertainment's Monday Night Combat is on sale today on Xbox Live as part of the Countdown to New Years promotion Microsoft has been running.  The price is a measily 600

Monday Night Combat sports a co-op mode called Blitz where players use tower defense strategy mixed with first person shooter classed based gameplay to defend their money ball from endless waves of robotic baddies.  It's playable in two player split screen with up to four players online.  We reviewed the game back in August and were quite impressed.

Remember... this deal is good for today only, so if you've been meaning to snag Monday Night Combat, now is the time to do it.