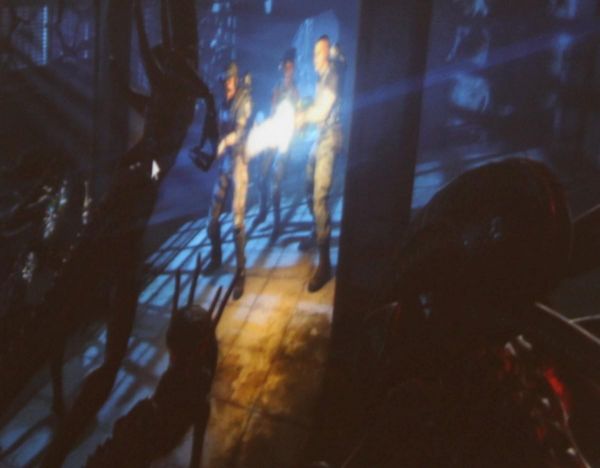 I think I see Aliens

With the recent announcement of Duke Nukem Forever and the ongoing development of Borderlands, you may think that Gearbox has decided to let their other IP, Aliens: Colonial Marines, slip quietly into the night.  However, as surprising as a cheeky Chest Burster arriving to ruin an otherwise pleasant meal, new images have been captured from PAX showing that the game is very much still in production.  The pictures come courtesy of Kotaku and are not from the best viewing angle, but do show that the game is looking good, seeming to capture the look and feel of the second movie.

*Update* Some more tidbits have arrived via an interview with Gearbox President Randy Pitchford assuring the fans of the Alien IP that the game is still on track.  It appears that Gearbox would love to show off a little more of the game, but there contracts with both SEGA and 20th Century Fox means that they are under a tighter set of rules than usual.  Co-Optimus is happy that as long as both SEGA and FOX allow Gearbox to do what they know best, there should be no trouble with the game.