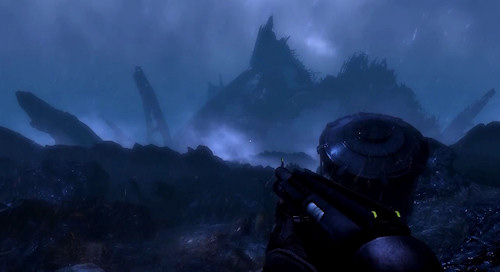 SEGA has officially released more than 11 minutes of footage of Aliens: Colonial Marines in action.  The footage is actually the same demo that was on display at both E3 and PAX 2011 this year.  You can read our impressions of that right here.

The demo takes you through the marines first landing on LV-426 and follows them all the way up through the first major event, when they must defend against an all out Alien assault.  You'll get a glimpse at the crusher, see a few new weapons, and of course hear many pings of the motion tracker.

So grab some popcorn, sit back, and enjoy Randy Pitchford giving you a tour of Aliens: Colonial Marines which is out next year on the Xbox 360, PlayStation 3, and PC with four player online co-op and two player split-screen co-op on the consoles.