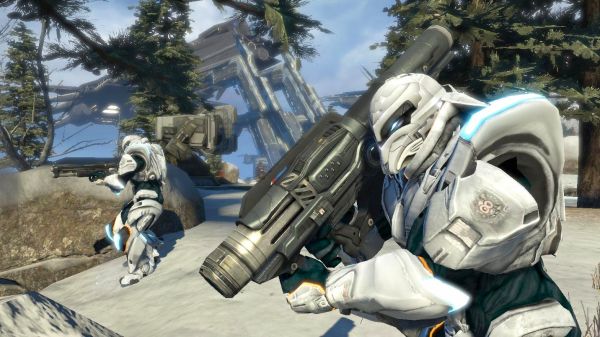 Timegate Studios have announced a sequel to last year's popular multiplayer shooter, Section 8.  Kat reviewed the title in our Beyond Co-Op series giving it high marks, but disappointed for the lack of co-op.  The new game, called Section 8 Prejudice, looks to fix many of the faults with the original by adding improved matchmaking, a fleshed out single player experience, and best of all - co-op!

Gamespot has an exclusive interview with Timegate Studios on the sequel.  Here's a tidbit about the co-op mode - which sounds a bit like Monday Night Combat's.

One of the best modes is the dedicated Swarm mode. It was actually a server option in Section 8, but our community loved the option so much we ended up turning it into its own full game mode. The concept: You and a few friends atop a fortress against an overwhelming swarm of enemies, utilizing on-demand turrets and vehicles to stem the tide. The on-demand deployables make building a defensible base such a unique aspect of the game mode. We've seen internal testers play each map several different ways, and it's awesome to see two teams approach the same map using completely different tactics. The harder difficulties really force you to think not only about where and what deployables you'll build, but [also] what loadouts and positions your squad will take around the map. It's basically co-op first-person shooter gameplay meets tower defense.

Section 8 Prejudice is planned for a 2011 release.  No platforms were given, but the original was on the Xbox 360, PlayStation 3 and PC.  We'll bring you more details, including the number of players available in co-op, in the coming months.