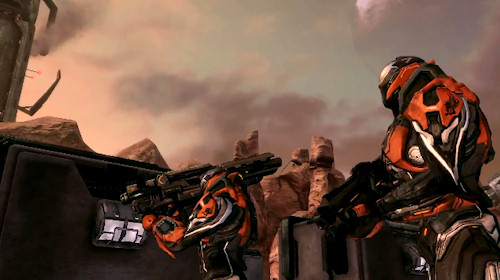 Section 8: Prejudice launches next week on Xbox Live Arcade and on PC on May 4th.  The one thing thats been touted since the game's announcement has been just how much content is in the package for its $15 price tag.  With a single player campaign, online versus mode, and four player co-op mode - its hard to disagree.  Co-Optimus has been hands on with the title numerous times, including the final XBLA copy, and we think folks are going to be pleasantly surprised.

To get you even more psyched for the game, Timegate Studios have put out a brand new launch trailer featuring some intense action and powerful music.  While the Section 8: Prejudice has been dated on XBLA and PC, there is a PSN version coming - but the date for that hasn't been announced yet.