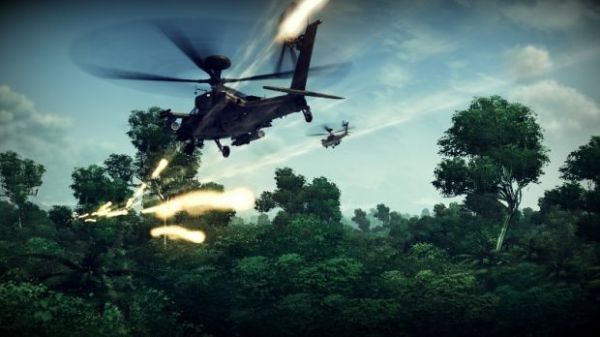 Co-Optimers have been vocal on both sides of a raging Apache: Air Assault debate - should the game allow each player their own chopper, or only as pilot/gunner combinations? Okay...it's not really a raging debate...not much of a debate at all... And yet developer Gaijin Entertainment has answered the call nonetheless.

This November up to four players will be able to fly their own Apache-branded helicopter in 13 unique online-only co-op missions. For couch co-op fans, splitscreen support for the gunner seat is available in the 16 single-player campaign missions. It's an odd combination of online/offline and campaign/separate modes, but we'll take it.