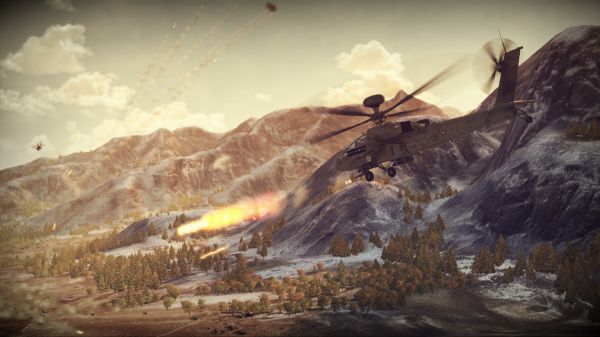 A demo has been released for Apache Air Assault on Xbox Live.  It weighs in at around 900MB and features two missions and a training section.  Sadly the game's local co-op mode of play isn't on display - where one player controls the helicopter while the other is the gunner.   Apache Air Assault is from developer Gaijin Entertainment, who created the famous PC game IL-2 Sturmovik Birds of Prey.  The good news is you can play Apache Air Assault as either a sim or an arcade style game with more forgiving controls.

I just spent a bit of time with the demo and was really impressed with the quality.  The game looks really gorgeous and there's a lot of action on the screen.  Plus - it'll really give your home theater a workout - plenty of bass in the explosions!