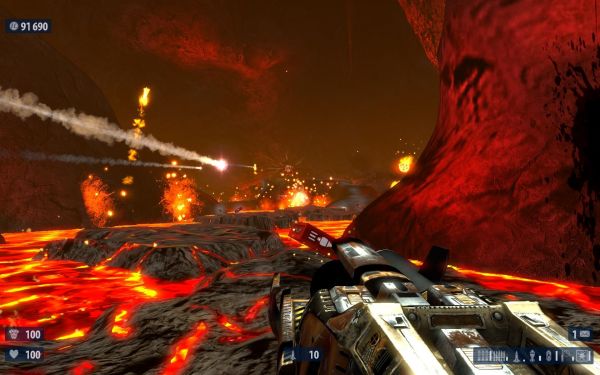 Though Sam Stone isn't one to sneak, he managed to find his way onto Xbox Live Arcade this week despite no prior announcement of the game's launch.  It's OK, he doesn't need the hype,fans of the serious know he's one co-op friendly cat.  Our review of the PC version agrees.  Serious Sam HD: The Second Encounter is out for 1200

and can be added to your download queue here.  The game sports four player online co-op through the campaign and in a survival mode.

The game has actually been out on the PC since the summer - so if you haven't picked it up, the 360 release is a friendly reminder to do so.  If that isn't enough of a push to get you to purchase it, perhaps being able to pick both games up for $7.50 - that's right - both Serious Sam HD: The First Encounter and Serious Sam HD: The Second Encounter for half the price of one of the games on Xbox Live Arcade.  It's a killer deal that isn't going to last much longer - so you might want to tell you and 15 of your friends, it's 16 player co-op on the PC, as soon as possible.