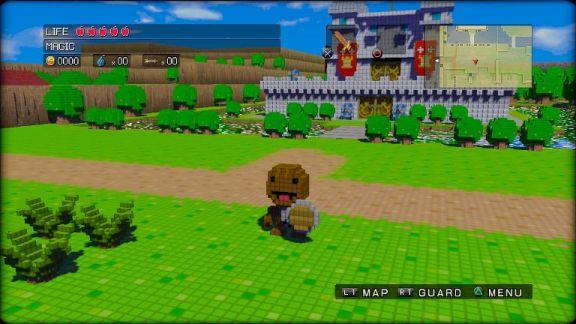 Legend of Little Big Planet 2: A Sackboy to the Past

As denizens of co-op gaming, many of you may not have heard of the cult PS3 exclusive 3D Dot Heroes.  It is a game that plays in a similar fashion to the older Zelda games, like the ultimate classic A Link to the Past.  One unique feature of 3D Dot Heroes is the cool graphics and the ability to create your own hero in any guise you wish.  Many classic gaming characters have been recreated in the game engine, but the latest update has uploaded a few heroes endorsed by the developers.  One such hero is none other than Little Big Planet's Sackboy, jolly tongue and all.  With LBP1 and 2 paying homage to so many other classic games, its nice to see the love returned.

If you had the chance to take a classic hero from one game into another, who would you choose and why?

Personally, I would put the modern Sonic into a Mario platforming game - as it would actually be decent.