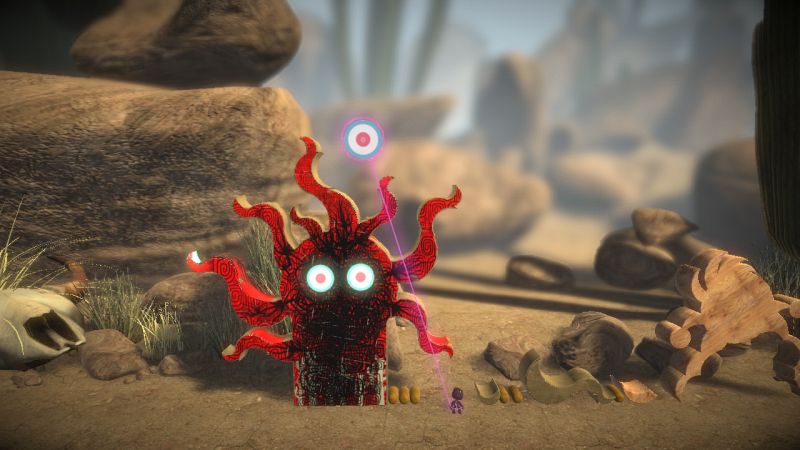 Maybe a few of you have heard of LittleBigPlanet. We've covered the game quite a few times, and the game looks like a unique take on the idea of co-op. The game's all about customization and building things as a team, so it's unsurprising that Media Molecule (the dev team behind LBP) is doing all it can to get the fans involved. This time, they're holding a contest to create a skin for SackBoy, the main character of LittleBigPlanet.

All you have to do is download the SackBoy template below, open it in an image editor - such as Paint, Photoshop or Paintshop Pro - and draw on your costume design.  Or even print it out, hand draw/color your costume, then scan it.

This looks pretty cool, and it's always good to get your fans involved. Anyone else interested by LittleBigPlanet?