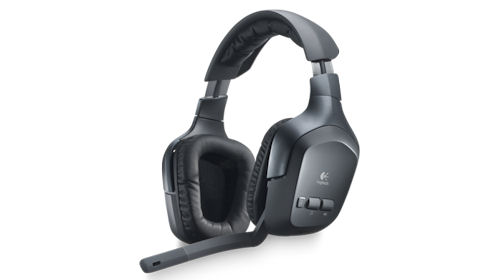 We're never one to shy away from headsets here at Co-Optimus, after all, as a parent and as co-op gamers, being able to communicate with your team mates while keeping the noise down in your surroundings is an absolute critical necessity.

Today Logitech has announced the Logitech Wireless Headset F540 for the PC, Xbox 360 and Playstation 3.  The headset utilizes 2.4Ghz wireless technology to communicate with a base station that plugs into your TV, receiver, or console via a standard RCA cable in one of three inputs.  Cables are supplied to hook up a 360 or PlayStation 3 controller to allow voice chat functionality and volume controls on the headset itself allow you to balance game and voice volume independently.

Other features including noise isolation from the ear cups and noise cancelling from the microphone.  One unique feature - which we hope to see adopted in other headsets - is the mute notification light at the end of the microphone, letting a user easily know that their voice is muted without having to look at the headset itself.

Batteries are rechargable and are estimated to last around 10 hours.