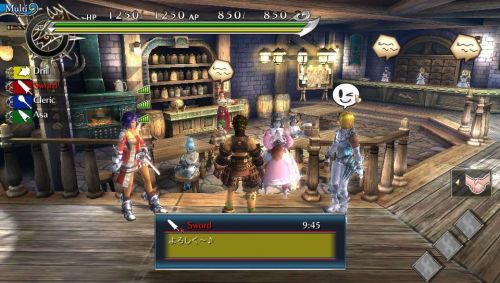 Ragnarok Odyssey launched back in February for the PlayStation Vita in Japan.  The title is a Monster Hunter like game where players can team up and complete quests.  The problem is, it was released without any online co-op, instead players were limited to AD-HOC co-op only.  For Japan, this isn't a HUGE deal - but if and when the game is released in North America, online co-op is a must.

Current rumors put a US release for Ragnarok Odyssey for late 2012, most likely the game is looking for a North American publisher as it's currently published by Japanese company, GungHo.  With an online patch in place it seems the game is certainly ready for Vita owners here in the US - of course if you can't wait for the game you can import it.