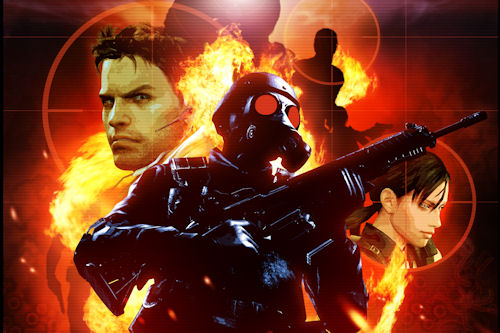 Capcom has announced the first official co-op game for the Nintendo 3DS called Resident Evil: The Mercenaries 3D.  The game takes the best mercenaries missions from Resident Evil 4 and Resident Evil 5 and allows gamers to team up in co-op play.  These missions challenge players to defeat as many enemies as possible while scoring the most points they can in a set period of time.  Of course all of this happens in "stunning 3D"  - something only PC owners were privileged enough to experience in RE5.

In addition to these missions Capcom is promising exciting new modes of play as well as plenty of characters to choose from.  Best of all the game will utilize the Nintendo 3DS's Wi-Fi connection for online co-op play via the internet or locally via an AD-HOC connection.

The game is expected to launch with the system this Spring.