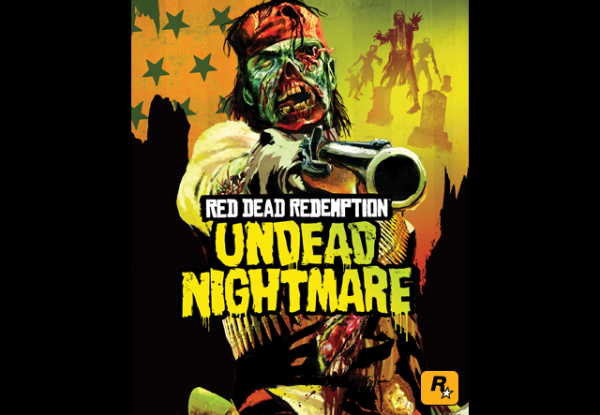 We've been keeping you up to date on Red Dead Redemption's upcoming zombie DLC.  The Undead Nightmare pack is due out this year.  The good folks over at Rockstar have some shiny new screen shots for us.  And if that title picture isn't the coolest thing you've seen all day then you must be some sort of undead-cowboy-space-ninja-robot.  Good for you!

In addition to the new screens Rockstar support was kind enough to answer a pressing co-op question:

After passing into legend, my Outlaws to the End co-op challenges are not advancing and co-op achievements are not unlocking after completing the requirements. What can I do?

We are aware that co-op challenges/achievements from Outlaws to the End are not updating for some players after passing into legend when partial completion was registered before the prestige switch.  This issue affects co-op/class-based challenges as well as achievements/trophies such as "The Mother Lode" and "You Rule!", which are based off of co-op progress and performance.

The fix for this issue is will be deployed in a Title Update near the release of the Undead Nightmare DLC pack.

Red Dead Redemption has had a ton of downloadable content in the past few months.  Looks like Rockstar may have saved the best for last.  A release date and teaser trailer are expected soon (maybe even today).  We'll see if the undead plague is what it takes for the wild west to remain relevant during this stacked holiday season. Dont' look now, but your horse has got a little something on its face.