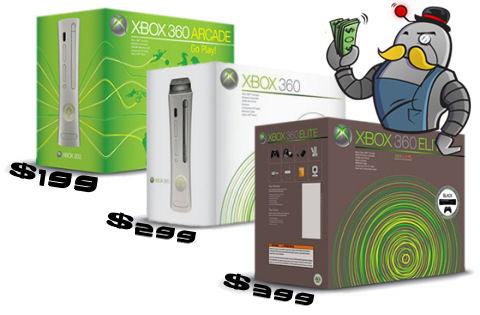 It's not often a console gets a price cut, and in the case of the Xbox 360 there's only been one in it's lifetime, and it was $20. Today though there's a major price drop of $50-$80 across the board for the console making the cheapest version available for $199.

Why should you care about this? Well according to our statistics page the Xbox 360 is far and away the leader of offering cooperative games with 87, and when you factor in Xbox Live Arcade it brings that number up to 137 co-op games.

It's never been a better time to pick up an Xbox 360, so use the above links to support Co-Optimus!