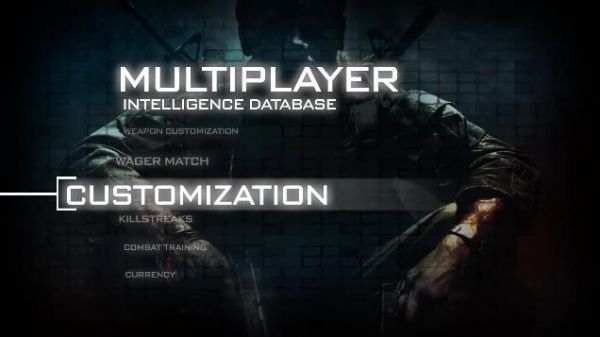 Not to be outdone by this year's smash hit and direct competitor Halo: Reach, Treyarch's Call of Duty: Black Ops is being outfitted with a similar credit system that will allow players to purchase perks (Call of Duty modifiers), weapons, and cosmetic changes. Fans of customization - like myself  - will find delight in an array of gun skins, facepaint patterns, custom red dot reticles, and an emblem generator a la Army of Two: The 40th Day.

Unlike Reach, however, "Call of Duty credits" are not persistent across all modes. Obviously customization will be heavily featured in the competitive multiplayer; all indications point to an exactly replicated - but separate -  system for Combat Training, the six-player 'bot match'. There is currently no information about the inclusion of customization in any of the other confirmed or rumored modes.

Check out the trailer below, then continue down for an exclusive gallery of screenshots that we've lifted for you.