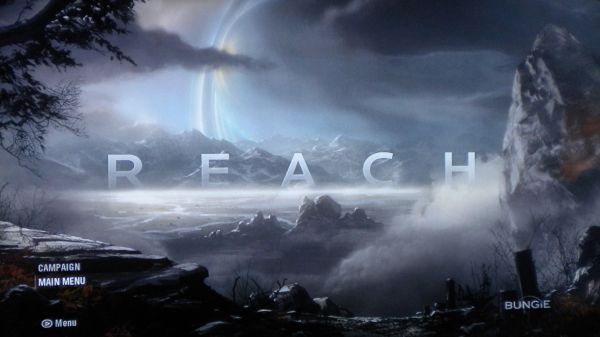 Last month we brought you news of the Campaign Matchmaking playlist coming to Halo: Reach.  In that article we told you that Campaign Matchmaking would be live on October 15th.  Today we find out the date has been pushed all the way back to October 19th, "pending final testing and review."

Campaign Matchmaking is necessary if you want to play Reach with strangers online.  Why would you want to play with strangers?  Because you've come to realize your friends are not good enough to get you through Legendary difficulty.  They might have even sat back like a chump for one Legendary level so they could get Carter's stupid helmet for their dumb avatar.  Which is a total waste, because everyone knows Emile has the coolest helmet, anyway.

Emile's helmet makes this guy look cool even though he's hanging out with Claptrap and wearing a Limbo shirt.

If you were playing Halo: Reach earlier this month you might have gotten excited by this screen: Boom!  Those updates are totally being blasted stage left!  But alas, no Campaign Matchmaking as of yet.  In their latest weekly update, Bungie assures us the CM playlist will be available.

This next mid-month update will include the addition of the Campaign Matchmaking playlist along with quite a few other tweaks and improvements to existing playlists.

Now if you are saying to yourself, 'Hey bra, I don't need Campaign Matchmaking because me and my bra-dawgs have totally capped out and we are the most clutch Halo players of all time, bra. Of. All. Time.  Bra.'  Then first off I say to you: 'my bra-dawgs and I,' and secondly, 'MUTE,' and finally; I don't believe you.

Why?  Because of this fantastic chart from Bungie.

Now you don't need to have gone to some fancy chart reading school to see what is going on here.  Only 10% of the players have made it past Warrant Officer.  Almost 40% of players are stuck in the Warrant Officer doldrums. Luke Smith, the Player Investment Designer for Reach, answered some common questions about the level cap.

I’m at or near the current rank cap. Please say it’s being raised soon?
Luke: “We definitely have a plan for raising the cap and when those details can be shared, they’ll happily be conveyed here on Bungie.net. As far as “soon” goes, that’s a term that is pretty vague, so I guess your mileage may vary depending on what “soon” means to you.”

Once I hit the level cap, what’s going to happen to the credits that I continue to earn?
Luke: “Nothing, you’re still earning credits once you hit the cap and they are still counting towards your next rank. So, once the level cap is lifted, some players will shoot off into other ranks and get access to new stuff.”

Ok, so why is there a level cap in the first place?
Luke: “There’s a level cap in place for a number of reasons.
First, security: We’ve seen a bunch of games come and go where investment systems got exploited and broken early, completely throwing off the game economy (even though Reach progression is aesthetic only, it’s still important to us to preserve the ecosystem to the best of our ability) so one reason was certainly security. To use a hyperbolic example: If it turned out that teabagging players was giving mountains of Credits (try it, it gives nothing!), we’d have a failsafe in place to make a fix and continue the progression path
Second: We had some ideas on cool ways to lift it via communal effort.”

So there you have it.  The credit system cap has been put in place--to use Smith's own hyperbolic example--to keep players from feverishly clicking the left thumbstick while standing over fallen opponents' heads.

We will keep you updated on any changes that may come up on the progress of Campaign Matchmaking.  Until then, look forward to meeting new people and having them tell you how much you suck on October 19th.