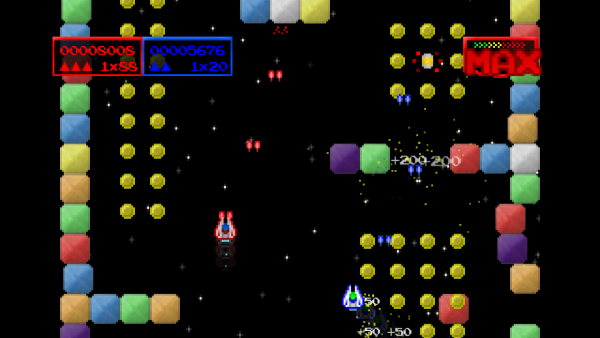 Xbox Live's Indie Games are generally a mixed bunch; there are some truly awesome games available (like Shoot 1UP and Sol Survivor) but unfortunately all manner of inane cash grabs as well.  We just received word of a title that looks to be in the former group.  Hypership Out of Control is a retro-styled shooter, and would have fit right in with other arcade games from the early 1980s.  Unlike those Golden Age classics, though, Hypership allows four players to play at the same time.  The best part is that the game cost only 80 MS points, which is exactly what it would have cost 4 players to play a game once in an arcade back in 1982.  A trial version is available for the especially frugal.  We've got a small gallery of screenshots for you, plus the trailer, which includes plenty of satirical humor along with the awesome vintage game music.