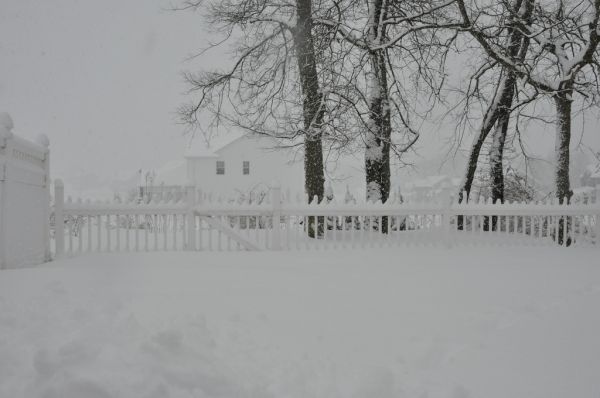 If you live in the North East you already know that Mother Nature has been a dirty snow giving slut this year.  She's put out more white powder than a Nicaraguan drug cartel and we're still not even out of February.  All of that means more time in doors to game, and that's exactly what we'll be doing this weekend after what meteorologists called a "snowicane."

Mike "pheriannath" Katsufrakis - "It's another weekend full of family wishing to see the new addition, but I've been sneaking in the odd session of Mass Effect 2 in.  The new Borderlands DLC makes me want to find some time to play it, but we'll have to see on that one."

Jim "txshurricane" McLaughlin - "If the servers cooperate, I'll bite for more SOCOM: Fireteam Bravo 3. I'll be on call for work yet again, so the rest is in the air...but I wouldn't be surprised if I found some time for Modern Warfare 2 with my brothers or maybe the odd round of 'Splosion Man. Whatever pops up"

Jason "OrigamiPanther" Love - "It's another weekend spent with my PS3, which means there will be Uncharted 2 and Heavy Rain."

Tally "xelissa" Callahan - "I'll be playing the new Borderlands DLC (the Secret Armory of General Knoxx) and maybe fitting in some Assassin's Creed 2. The snow day today should definitely help with my plans!"

Sam "samoza" Tyler - "I plan to "come get some" with Duke Nukem 3D on XBLA, and if I get the chance (and the game does not glitch again) finish off my co-op battle with Fairytale Fights."

What are your gaming plans for this weekend?  Are you snowed in too?