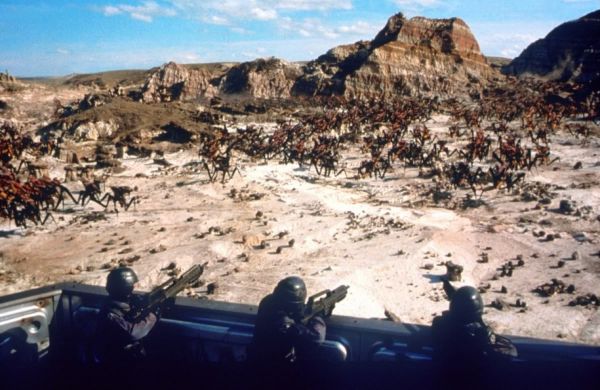 After the release of Call of Duty: Black Ops (without campaign co-op - again), we thought it was time to start looking to the future of the series to see what comes next. It sounds like the developer Sledgehammer games took that idea one step further and wants to see the next Call of Duty title literally set in the future. In space to be exact.

According to Gamasutra, the new team doesn't want to stray too far from the Call of Duty model. In fact, they are trying their hardest to meet the standard set by Infinity Ward with prior titles, such as Call of Duty: Modern Warfare 2, but they also want to mix it up a bit.

That unit hasn't talked specifically about what it's doing with the franchise. But industry sources say Sledgehammer's Call of Duty will be set in the future and feature, for lack of a better term, space Marines, a very big step for a franchise that has historically based itself on realism.

We're not sure if this is what Call of Duty gamers want, or what this shift will mean for the series in general - but we have high-hopes for the future. Including, but not limited to full campaign co-op. That's right Sledgehammer, co-op gamers have said it.