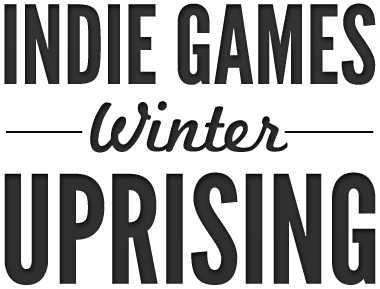 Not only are a bunch of Xbox Live Indie Developers cooperating for a huge Winter Sales on their games, they are also offering plenty of titles that feature co-op play.  The Indie Games Winter Uprising is a joint effort of 14 developers and the community to point out high quality titles on the Xbox Live Indie Games service - believe it or not - they aren't all massage apps.

with the event taking place the first week of December.  We've highlighted some of the co-op games after the break - some of which we've already covered on the site!

Alpha Squad
Alpha Squad is an adventure game that has mechanics primarily used in dual-stick shooters, to keep the action fast and heavy as you explore the world and its characters. Features up to 4 player co-op, a customizable storyline, a large world, unforgettable weapons, music from Stemage of Metroid Metal, and art from industry veterans.

Hypership Out of Control (Update)
Space is a dangerous placed for even the most seasoned starship pilot, full of asteroids, multicolored floating blocks, and space mines. It’s even more dangerous when you your accelerator is stuck to the floor and your brakes are out. Can you survive long enough to get that elusive high score or are you destined to add a new crater to the face of an unsuspecting asteroid? Find out in this retro gaming tour de force featuring 10 Waves (forward and backwards), 5 game modes, 1 to 4 player co-op, and online high scores.