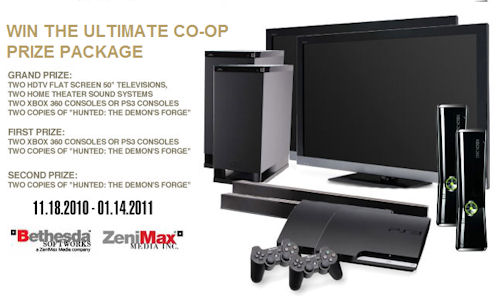 It seems everyone is hopping on the co-op bandwagon now a days.  Gamestop have launched a contest aimed at the co-op gamer for Bethesda's Hunted: The Demon's Forge, the two player co-op action/RPG launching on the 360, PS3, and PC early next year.

All you need to do to enter is head on over to Gamestop's website - and don't forget to uncheck the spam me button!