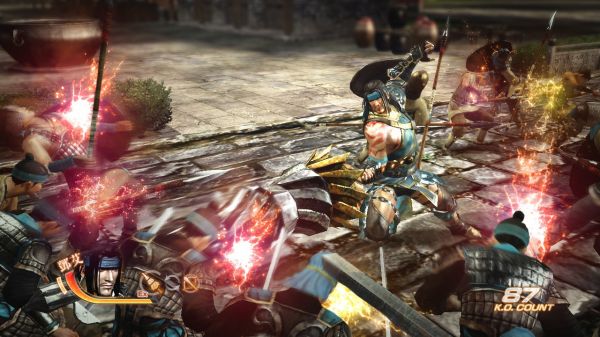 Dynasty Warriors 7 has been announced for the for a Spring of 2011 release on the Xbox 360 and PlayStation 3 through most of the world, while the game is exclusive to the PS3 in Japan.  The title will mark the first time the game moves past  the Battle of Wuzhang Plains. The game will be adding a fourth faction, the Jin Kingdom.  So to answer your question, yes, it sounds like you'll be doing the Yellow Turban Rebellion...again.

The good news is the game features a totally revamped graphical engine, evident by the first screens we received today.  The characters are all details, colorful, and lifelike - and even the hordes of enemies you face off against aren't all cookie cutter characters.  We've also been informed the game will have a two player online co-op mode with a focus on team challenge - higher difficulties and stronger enemies are expected to stand in your path.

You know what I say to that?  Taste my hammer Lu-Bu!