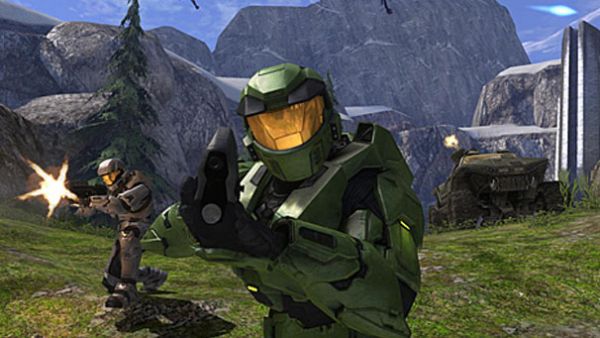 It's been a while since we've reminisced about the start of the Halo franchise, Halo: Combat Evolved - we are just too caught up in all of the excitement the series has brought on in the time since that fateful launch of the Master Chief, Cortana, and the Covenant - Oh, and the flood. It looks like the remake rumor mill has started to buzz around the head of Halo, and Microsoft isn't denying or confirming that just yet.

According to this rumor, 343 Industries has started work on a full Halo: Combat Evolved remake using the Halo: Reach engine. The idea is that the game may be released around November 2011 to correspond with the 10 year anniversary of the titles first moment in the spotlight.

So far, Microsoft is avoiding a concrete answer but simply responds to the speculation:

"Right now our focus is on supporting Halo: Reach, We have nothing to announce at this time."

Perhaps that is good news that they aren't denying it outright. We may yet relive some of the key moments that sparked the Halo universe to life. Perhaps many reminiscent gamers will be painfully disappointed when all of the things they remember from their first time have been altered. At this point we just have to wait and see.