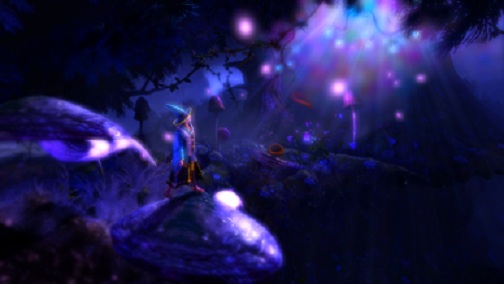 Trine 2 is still a few months away.  We've brought you screens and video from E3, and the fantastic news of the game's multiplatform release.  Gamereactor.eu has some new screens to make the wait a little less painful.  The first Trine was both a commercial and critical success.  It originated on PC and made it to the PSN.  Unfortunately, it's Xbox LIVE production came to a halt.  Luckily, the sequel will be coming to Xbox 360, PlayStation 3, and PC in 2011.  Also, the game will feature online co-op, which was absent from the first.