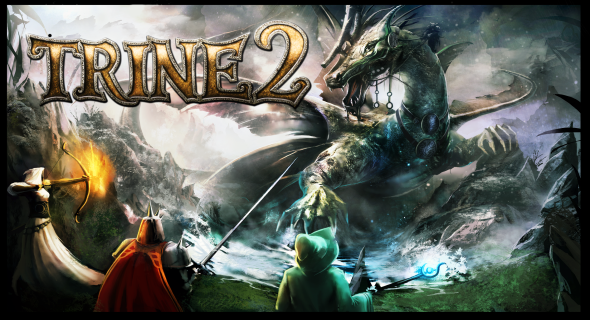 Are you slowly going mad as you wait for the release of Trine 2, the sequel to the hit indie physics platformer of 2009? If so, you may want to consider pre-ordering the game on Steam (either PC or Mac). Just pre-ordering through Steam grants you access to the Trine 2 co-op beta where you can shoot, slash, and levitate your way through two levels. If that isn't enough of an incentive for those of you wavering about a pre-order, the Frozenbyte CEO has also said that "a few very cool TF2 hats are coming as pre-order bonuses." Yep, you a pre-order game on Steam and there's like a 90% chance (real statistic, I swear) you'll be getting Team Fortress 2 peraphenalia. Pfft to you, immersion (I say this, but secretly covet my TF2 familiars in Dungeon Defenders...).

Trine 2 will be releasing sometime in December of this year on PC, Mac, 360, and PS3 (with a Linux version planned for the future). It'll be $15 with at least one DLC campaign scheduled for Spring 2012.