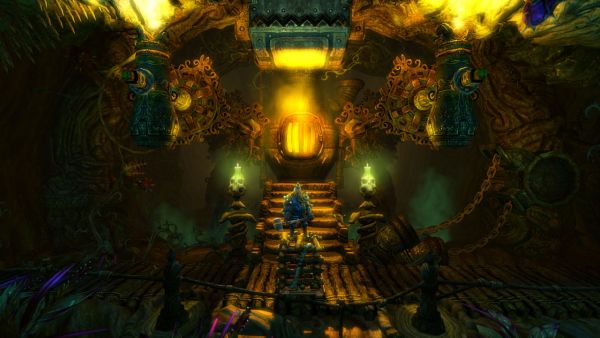 It looks like Trine 2 is breaking the mold set by Trine by adding some pretty cool stuff and tearing down the original three character sets and rebuilding them with a lot more gusto. In an article by Siliconera.com, Trine 2 has move forward in its development to add a character builder, giving unique skills to each character.

For example, Zoya now has the ability to slow down time around her. While this skill’s effects only extend to Zoya in singleplayer, in co-op multiplayer — which is what all of Trine 2′s improvements ultimately tie into — they affect other players as well, making the entire team faster, relative to the world around them.

That's not all that's new. You're also given quite a few new choices in regard to building your character - this will hopefully give the poor Wizard a bit more attention than he received last time around. It has become an option to level up your characters in their skill sets unevenly though, so it's a good idea to find a solid balance before getting a bit too gung-ho working on one character and ignoring the rest.

It looks like Trine 2 is still slated for a 2011 release on XBLA, PSN, and PC across the board.