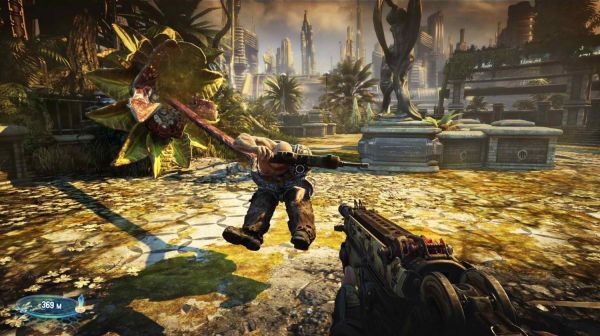 If you want first dibs on the multiplayer beta of Gears of War 3, you'll need to pick up Bulletstorm on February 22.  But not just any copy of Bulletstorm, you'll need to get the Epic Edition.  According to Computerandvideogames.com, those who pick up the Xbox 360 special edition will get "early access" to the multiplayer beta.  PlayStation 3 owners will get nothing, and like it.  (I'm just kidding.)

The weirdness?  If you go to Amazon.com there's only one edition available, the Epic Edition.  It is also priced at $59.95, which is the standard price for a triple-A title.  So...what gives? Does Amazon have a little glitch in their system?  Will regular editions of Bulletstorm cost less than a regular full priced game?  If so, that's what I like to call 'a huge effing red flag'.  Or are they all special Epic Editions?  Remember the lesson from The Incredibles?  If everyone is special, then no one is.

Update:  According to an Epic Games rep, all editions of Bulletstorm are the Epic Edition on the first print run.  After that they'll revert to the normal version of the game.  So basically, if you pre-order, you are guaranteed an Epic Edition.