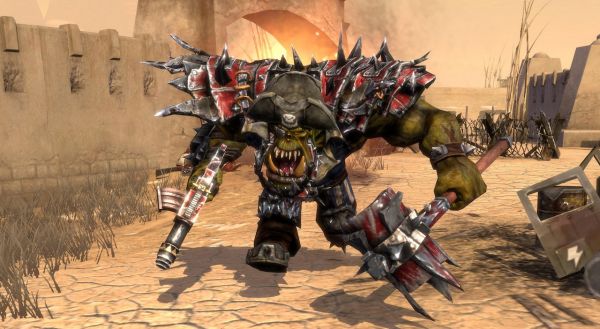 Dawn of War 2's latest "expansion pack" was announced quite some time ago, but we haven't been covering it all that much because until today - it was unconfirmed if the game would contain the same co-op campaigns as its predecessor.   So the good news is that yes, all of the races that have a single player campaign in Retribution will also be playable in two player co-op.  That includes the Tyranaids, Blood Ravens, Orks, Chaos Marines and Space Marines.  There is still yet an un announced race for the game.

Dawn of War 2: Retribution, while an expansion pack, is actually a stand alone title.  The game is dropping its Games for Windows Live support in favor of full Steamworks integration.  Best of all?  It's keeping an expansion pack price.

The latest trailer for the game showcases the Chaos Marine's campaign and some of the new environments in the game including a world that is being torn apart by lava.   Dawn of War II: Retribution is set to hit Steam on PCs in March.