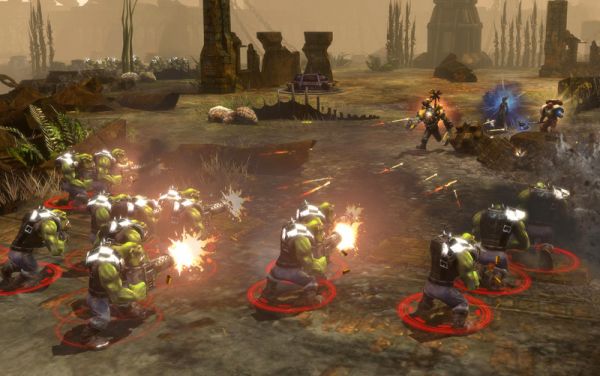 Dawn of War II: Retribution is less than two weeks old, but fans of the game are going to be getting a treat on April 6th thanks to a free patch for the game.  Included in the patch are updated achievements for the three player co-op survival mode, The Last Stand.

Each of the twelve achievements will unlock a unique piece of wargear for your characters to use in the game itself.  Dawn of War II: Retribution marks the first time players can earn achievements for the Last Stand survival mode, somethign Relic couldn't do with the previous titles because of limitations of the Games for Windows Live platform.  Now utilizing Steamworks achievements, this update further adds to the 8 existing last stand achievements.

This game is simply loaded with co-op friendly achievements.