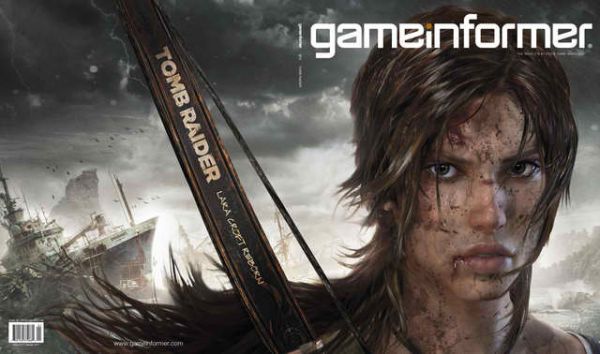 Earlier this month, Game Informer revealed the new Lara Croft for the Tomb Raider re-boot.  The game will feature a young Lara who is shipwrecked and must hone her skills to survive in a hostile environment.  This will be-wait for it-an origin story.  Everyone loves an origin story, right?  I hope she wins a pod race and has mommy issues.  She looks like the brain child of Michael Bay and Eli Roth: sweaty, filthy, brutalized and jail-bait-y.  It should sell a billion copies.

So what is the co-op angle?  Eurogamer.net has pointed out that Crystal Dynamics has posted jobs "for a 'senior game designer multiplayer' and a 'producer multiplayer' to work on a 'AAA title'."  So if Tomb Raider is in fact the game receiving multiplayer, what kind of multiplayer is it?  Competitive deathmatches seem as likely as co-operative modes.  Other than the excellent Lara Croft and the Guardian of Light, the Tomb Raider franchise has been a single player experience.  After checking out some of the links from the Eurogamer.net piece, this all looks like fantastical speculation, but hey, it's the holiday, and news isn't going to make itself, darn it.