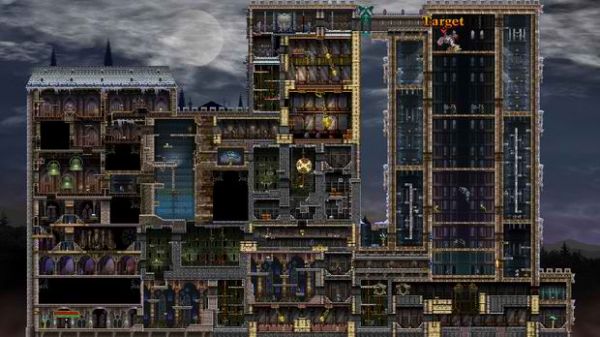 More DLC is coming out for the 6 player co-op title Castlevania Harmony of Despair.  We like this game, giving it a 4 out of 5 in our co-op review.  You and five friends can team up to blitz attack maps inspired by levels from previous titles.  Two new chapters are due out in January.  The first chapter will be based off of the Catacombs level of the classic Castlevania Symphony of the Night.  Details will be coming soon on the second level.

The new DLC's are titled "Do as many, become one," and "King of the Flies," in reference to their final bosses. Experienced Castlevania gamers can probably figure out who they will be up against.  The new chapters are priced at 320 Microsoft points, or $4 in real money.