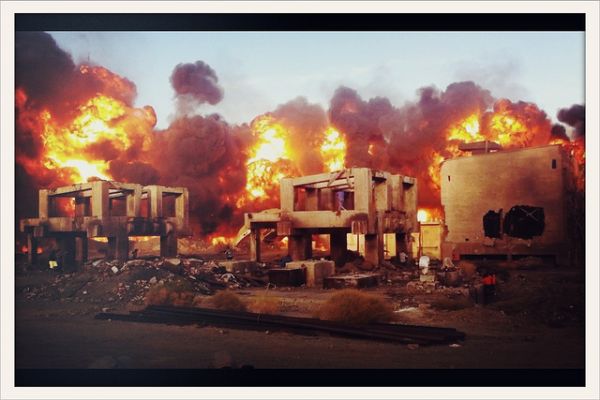 It looks like the crowds on Call of Duty: Black Ops may be cheating to the point that Activision is threatening to pull the plug on all of the online servers. While the cheating is happening in multiplayer versus matches, if the servers go so does the co-op mode.

This blog post by Jason Koblovsky sums up the level of frustration that every player feels. The blog post focuses on the author's problems playing a decent online multiplayer game of Call of Duty Black Ops on the PS3. Users have been complaining about problematic multiplayer connections over PlayStation Network for quite some time, and Koblovsky felt it was time to reach out to Activision.

In a very direct and specific manner here is how Dov Carson, Senior Tester/Senior Support Representative at Activision responded:

Well I have nothing else to offer and I too follow forums and have many friends who play and enjoy the game for all of its features. As an avid gamer, I would also disagree with any legalities involving a single aspect of a game as online experience may change at any time. The publishers have the right to shut down the servers for their game at any time as well which based on the number of reported posts from users may be a viable solution over the free PSN.

Activision offered a few solutions to Koblovsky in response to his general frustration, but exchanges or other solutions have not been offered to other gamers facing frustrating connectivity issues on the PS3 when the servers were “adjusted”. If the servers were to completely shut down though, how would those honest gamers feel about it? Not all of us cheat, and most of the people visiting this site are likely to enjoy the Co-op mode more than anything else offered in Black Ops. Update:  Of course, despite the power to do this, Activision isn't completely naive.  Treyarch community manager Josh Olin wanted to comment on the subject and had this to say:

"PS3 Servers" comments were taken out of context. @Treyarch‘s committed to supporting the PS3 community with some great updates on the way.

There's a reason though you can sense the frustration over at Activision in regards to the PlayStation 3 more so than the other platforms - its because of the recent PlayStation 3 hack for the system that is out.  This hack, leaves the entire PS3 vulnerable to running homebrew software and other modifications - in this case - Call of Duty cheats.  Sony is pursuing legal action, but is having difficulty getting it pushed through the United States judicial system.  Apparently this hack is so easy to accomplish there are simple YouTube videos that show users how to do it.

So how does this affect co-op players?  Is the cheating just as rampant in Zombies?  Not so much thankfully, since the mode isn't very competitive.  But there are people taking advantage of it none the less.

All of this is why the local supported co-op combat training mode is so important now.  Players can enjoy the multiplayer style of the game without all of the public riff-raff trying to hack and cheat their way to the tops of the leaderboards.  This can be enjoyed on the couch with a significant other or even online with people on your friends lists that aren't cheats.

Lets just hope Activision, Treyarch, and Sony can get this situation under control - because if the PS3 hack remains - CoD won't be the only game affected.