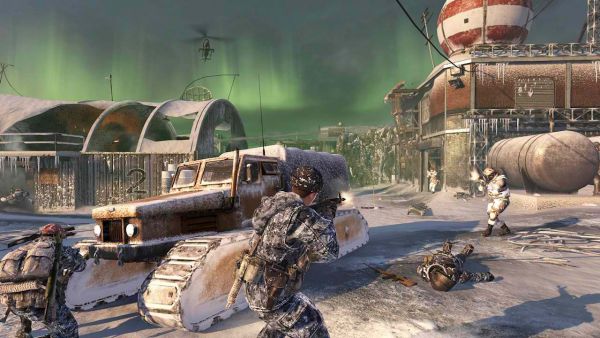 If tomorrow's release of the new Call of Duty: Black Ops First Strike map pack wasn't enough to get the disk back in your Xbox 360, how about a double dose of experience points?  This weekend marks the first double experience points event for Call of Duty: Black Ops, so if you are close to your first Prestige, now's your chance to power through the level 40 doldrums.  If you are already hit the level 15 Prestige, then you may want to take a break. (Or you hacked your PS3, cheater.)  The new pack has four maps for multiplayer versus modes or co-operative Combat Training, plus another co-op Zombie map.

According to the COD forums, the First Strike map pack will launch "around" 2 A.M. PST this morning.  The double XP event begins February 4th and lasts all the way to February 6th.  Like the First Strike map pack, this is exclusive to the Xbox 360, for now.  The First Strike map pack will cost gamers 1200 Microsoft points, or $15 dollars.  This is why gamers must come together and boycott First Strike, forcing Activision to sell the DLC at a lower price.  I'm just kidding!  Some fools are going to miss out on three nights of Taco Bell just so they can shoot strangers in a new playground.  Remember kids, if you don't buy this DLC, you have no friends, and everyone is cooler than you.